High Performance Computing (HPC) allows CFD solvers to run in parallel on a multi-processor computer or on a network/cluster of computers.  This can drastically reduce the total run time for simulations.  Azore® has been specifically written to take advantage of HPC resources, as well as desktop and even laptop computers.  There are two versions of parallel operation available with Azore.

The example graph provides data on a larger scale run, approximately 90,000,000 computational cells, performed by Azore.  Notice how the computational time continues to decrease as the number of compute cores increases.  The geometry for this case is the interior of a large data center complex (below) and its HVAC system components.  The solution consisted of velocity, pressure, temperature, buoyancy, and turbulence properties within the building.  The OpenMPI version of Azore was used on a HPC cluster called Chrome at Sabalcore Computing Center in Melbourne, FL. 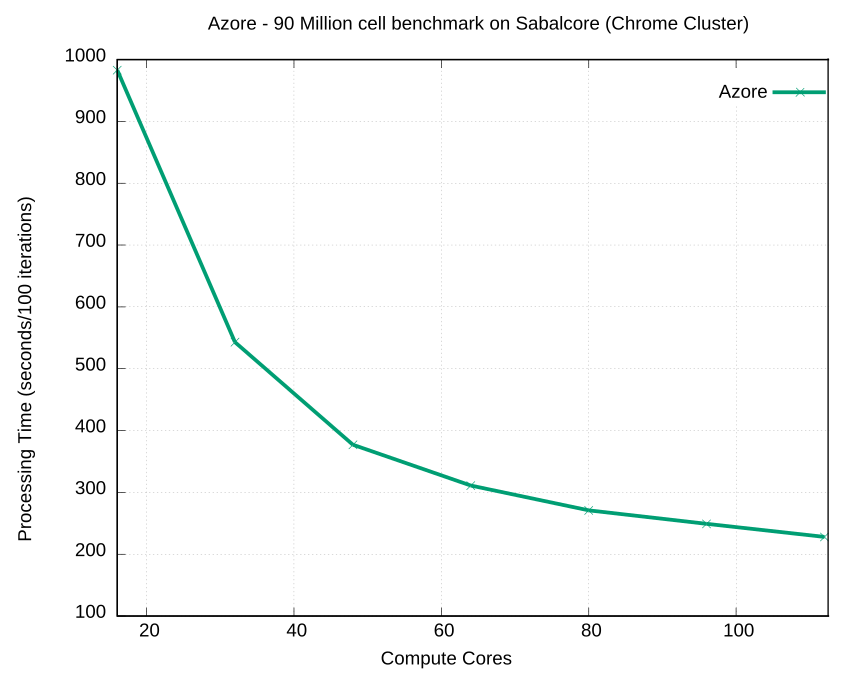 Azore demonstrates similar scaling on all hardware, from laptop and desktop computers to large scale HPC systems.  Azore is also cloud ready; ask us how we can provide a version on a cloud service, such as our partner Sabalcore's cloud service.